Hungarian women deservedly considered the most beautiful in Eastern Europe. Because of thousands years of mixing races, hungarians have an unusual appearance. There are many ethnic groups in Hungary. They have mixed genetic material of modern Hungarian gene pool during centuries. The hungarian people, who are the basis of the population, have their origins from the east of the Ural in Western Siberia. For centuries they moved to the west and south and reached the present Hungary. The main population is a mix of ethnic groups: Cumanians, Romanians, Pechenegs, Jazones, Croats, Serbs, Slovaks, Germans and Turks, who migrated or invaded this territory. There are also a lot of gypsies among Hungarians, so swarthiness and atypical appearance - their hallmark. Appropriately Hungarian women are very different in there look. Some of these women are blonde, some have brown hair, others are pale as albinos irish girls and other look like greek women. But they all just have things in common: something mysterious  and bone structures. These all makes them very attractive. Such appearance makes it possible for hungarian women to achieve success because of their beauty.

I'm sure that it is little known about Hungary  to simple reader. Most of the interesting facts can be distinguished famous Lake Balaton and tasty meat dish called goulash. No one even thought how to look the most beautiful Hungarian women. So I decided to make a Top 17 most beautiful Hungarian women. This rating includes well-known models, winners of beauty contests and actresses who have Hungarian roots. 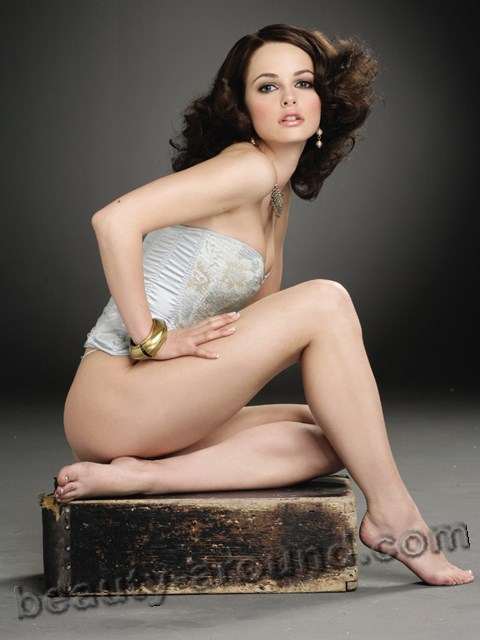 #3 Stephen 2015-04-06 22:40
Reka Ebergenyi is for me the world's most beautiful woman. The iconic photo of her on the right is like the Mona Lisa - is she smiling? Sometimes I think so, and other times I don't know. I only know I want to kneel before her.
Quote

#4 Nics 2015-07-13 22:07
Barbara Palvin is so beautiful! She's a model that stands out as pretty and feminine when so many others have the same mannish, chiselled look. Claudia Kozma on this list is also beautiful.
Quote

#7 lol lol lol 2021-12-20 07:01
Barbara is OK. She is the most beautiful not only in Hungary but also in the world. But I haven't ever heard about most of these "beauty queens" lol.
Quote
Refresh comments list
Add comment
back to top