Handsome Kyrgyz men successfully represent one of the most ancient and unique people of Asia. In their lines of appearance, a structure of a body features of habitual Asian shape: a round face, the expressed cheekbones, a narrow section of eyes, swarthy skin are expressively traced. And at the same time, these Kyrgyz have perfect beauty and remind heroes of ancient legends, myths. If some of these people are also not really known, thanks to the appearance they will surely draw attention of people around and will soon become the face of the known brands, the companies.

In most cases hansome Kyrgyz men are representatives of show business, the model industry, popular actors or celebutantes. They can effectively be allocated against the background of people around as realize the exclusiveness and can brilliantly give themselves.

Kyrgyz who are included in the rating of the most beautiful representatives of the people are unique. Many features of the exterior unite them, but each has only his inherent characteristics. Persons admire generosity, harmony, and his eyes - an amazing light.

Kyrgyz is very ancient people whose homeland is the steppe full of the sun and air, freedom. The habitat couldn't but affect appearance, and already ancient representatives of Kyrgyz had those lines which became so recognizable and characteristic in the present. They have the low growth, a round shape of the head, a special, Asian section of eyes, dark silky hair. But, thanks to migration of the people, typical lines of residents of the country are a little diluted, among them is already and blondes, harmonious and blue-eyed, and owners of a red head of hear. Though, the rating of the handsome first of all joins handsome Kyrgyz men with the appearance which is peculiar "business card".

But not only features handsome Kyrgyz men differs from representatives of other people, it is possible to note also features in behavior, character. For them restraint, briefness, sedateness is peculiar. It is infrequently possible to see emotional or quick-tempered representatives of the Kyrgyz people. But the most important, they are very natural and harmonious in any situation and circumstances. It seems that life of Kirgiz hasn't really changed for many centuries, they are also close to the nature, live in one rhythm with her. This relationship with the nature also gives to Kirgiz wisdom, sedateness, ability to live measurably. They don't hurry behind rapid fashion, organically feel even without magnificent attributes of modern life. Centuries later Kyrgyz could keep the originality therefore also the most beautiful of them are so unique, charming, are remembered by the appearance.

26. Azamat Baymatov is a Kyrgyz footballer. 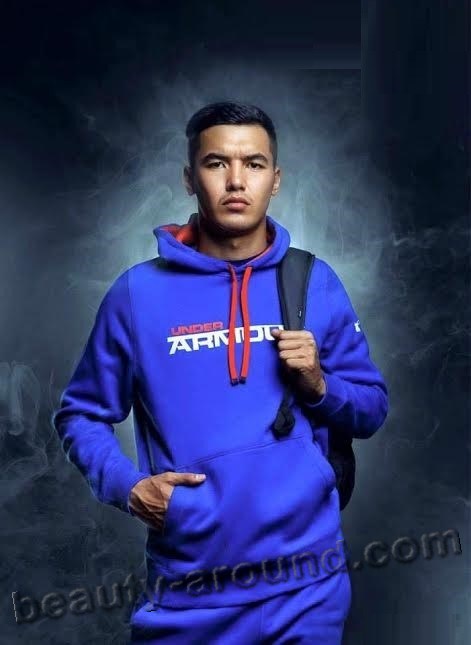 25. Atay Omurzakov is a Kyrgyz male dancer. Known to the world as "human-robot" or "man-rubber". 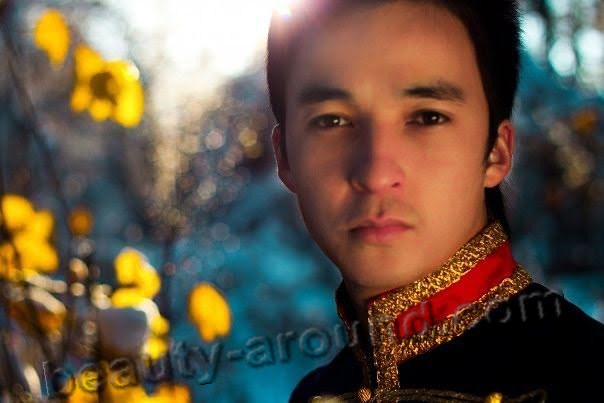 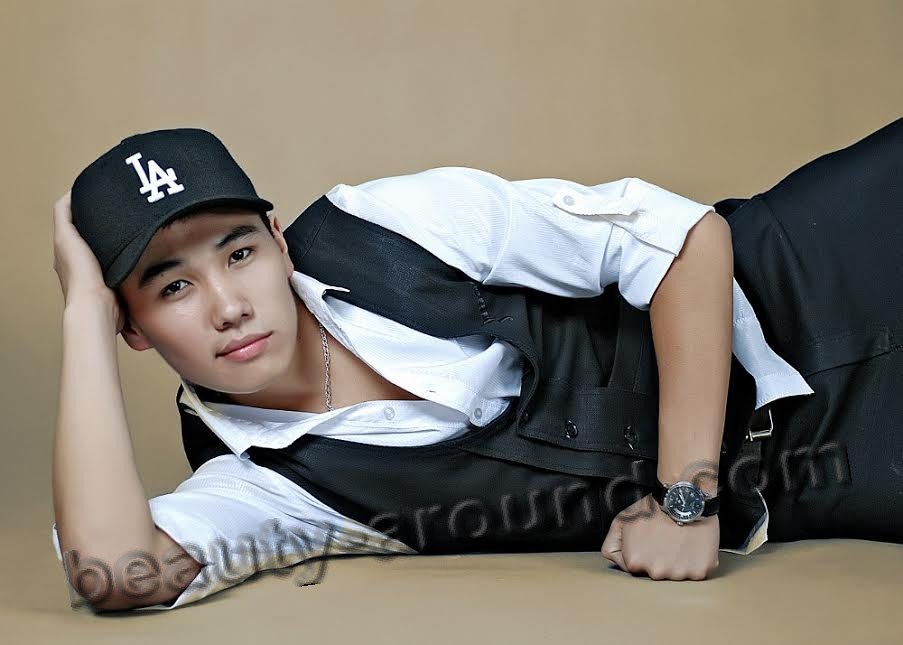 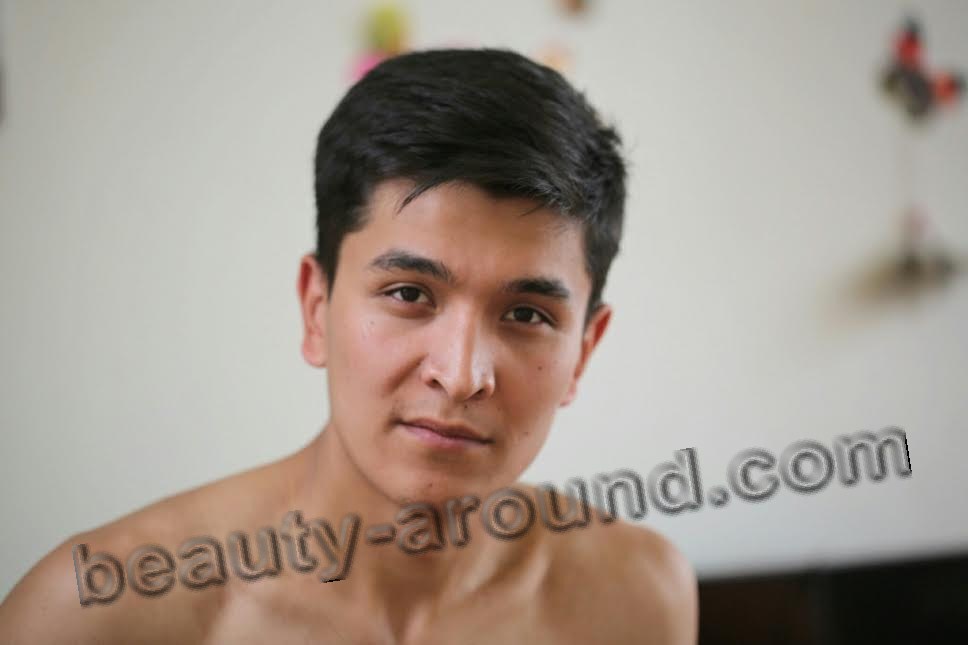 22. Nursultan Aytaliev is a male model from Kyrgyzstan. 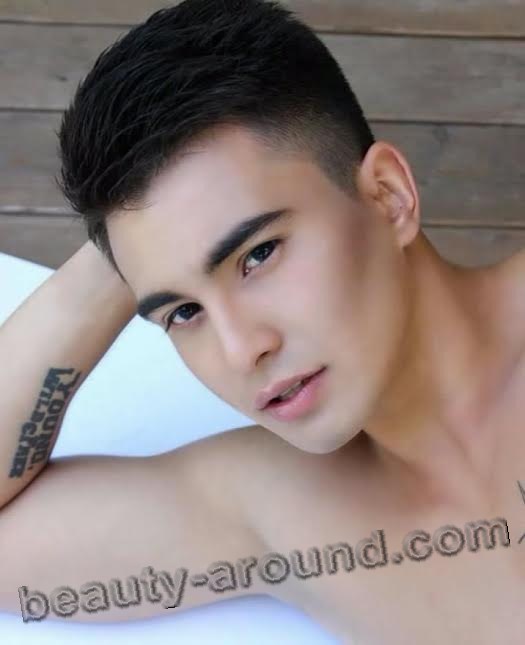 21. Beck Israilov is a Kyrgyz male singer, member of the competition "New Wave 2016". 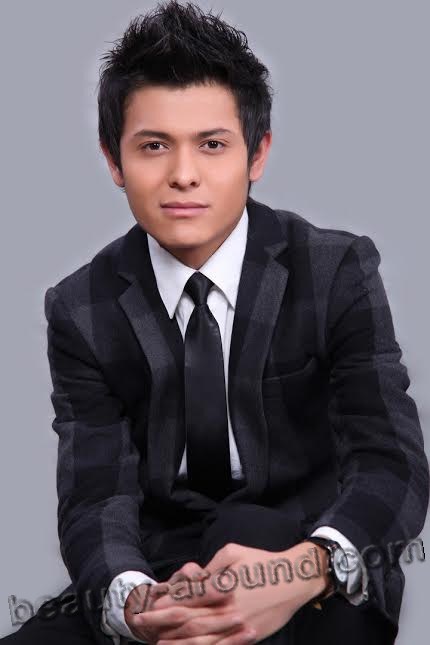 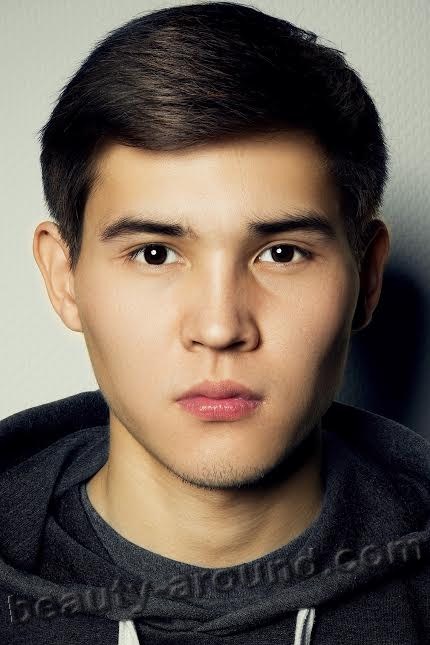 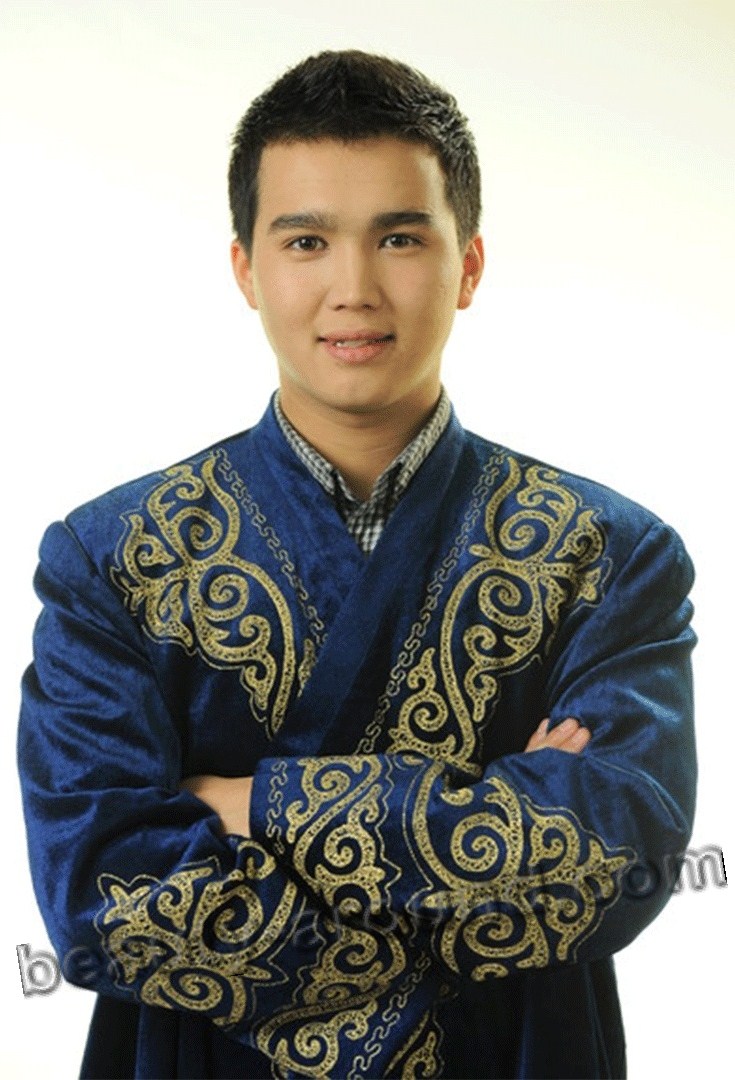 18. Kurmanbek Muratbekov is a Kyrgyz male model. It works in Korea. 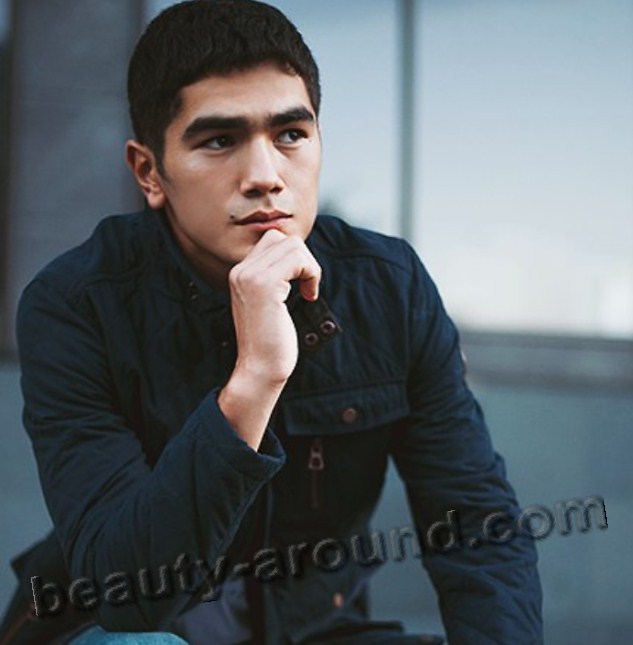 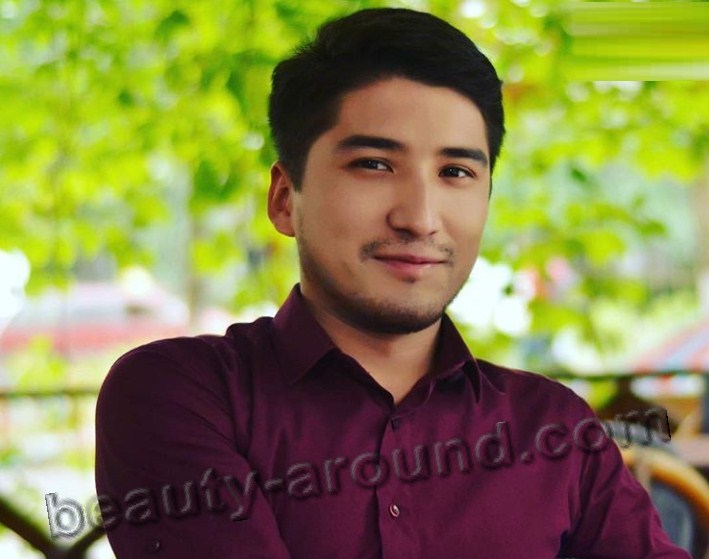 16. Kumar Sagynov is a Kyrgyz singer and model. 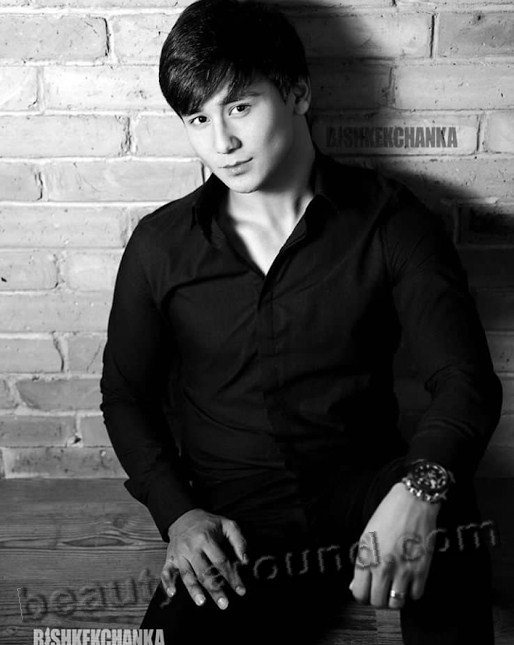 15. Nursultan Alibekov is a Kyrgyz dancer and actor. 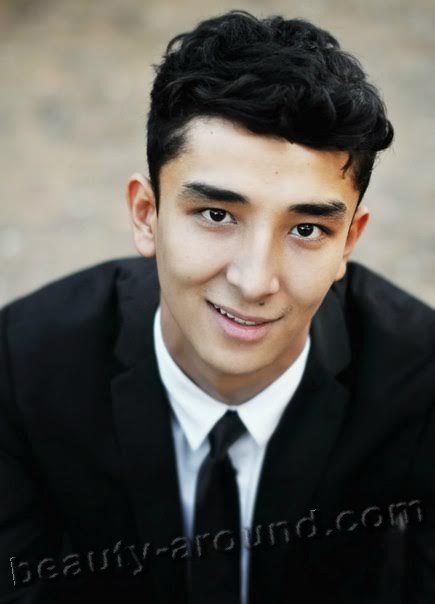 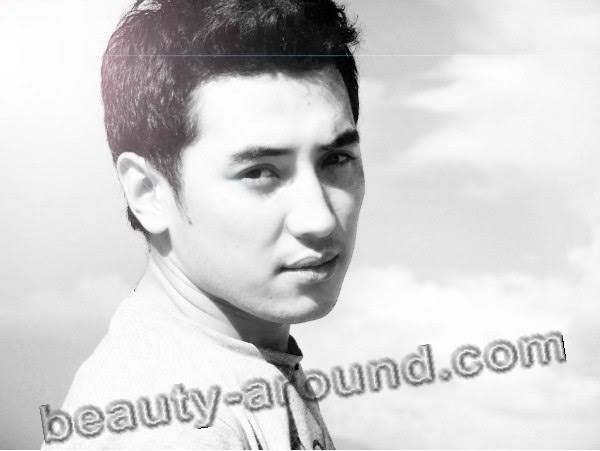 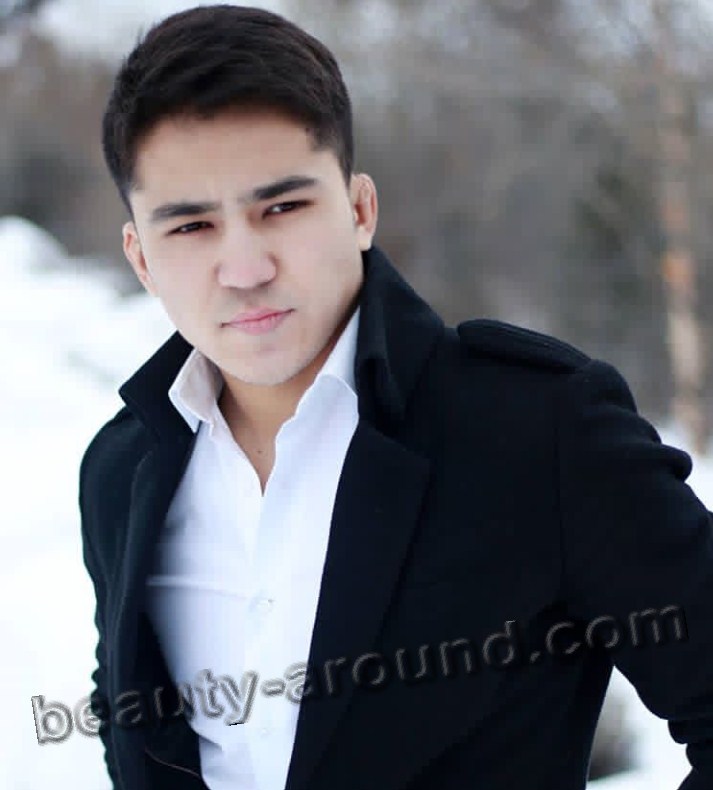 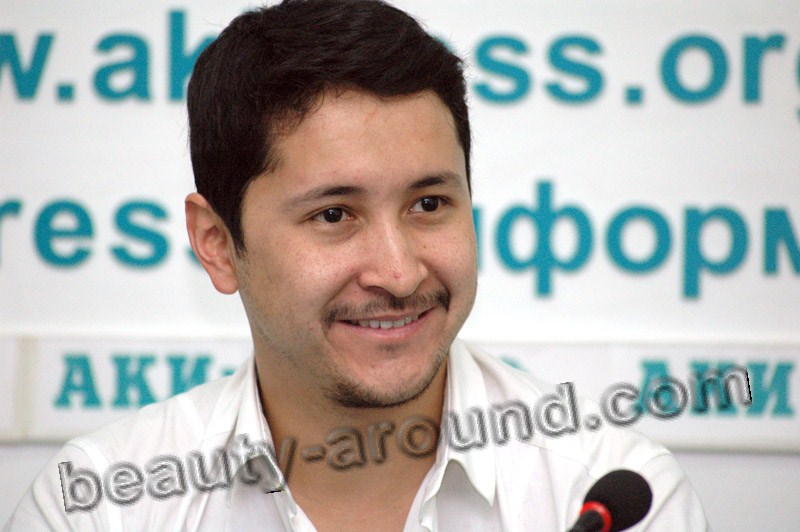 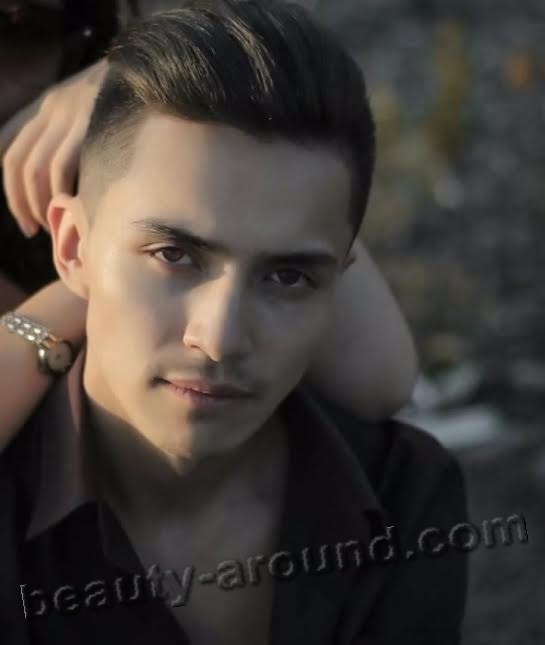 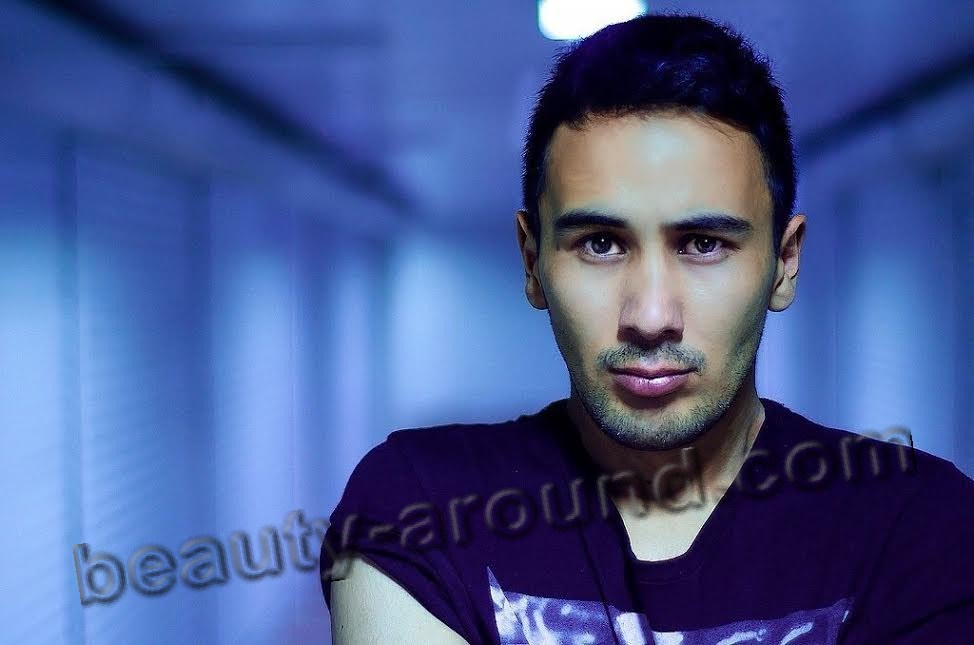 9. Bekzat Nurbekov is a participant "Mister International Kyrgyzstan-2016", which entered the Top 5 winners, who will travel to represent Kyrgyzstan at the international competitions. 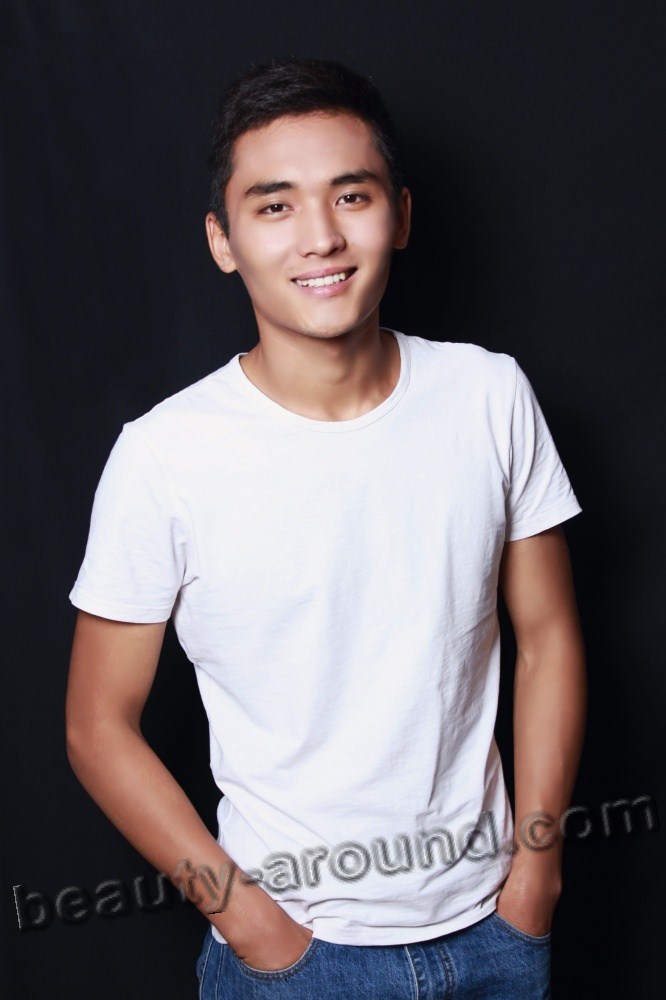 8. Gulzhigit Kalykov is a Kyrgyz male singer, winner of the international contest "Star of Eurasia". 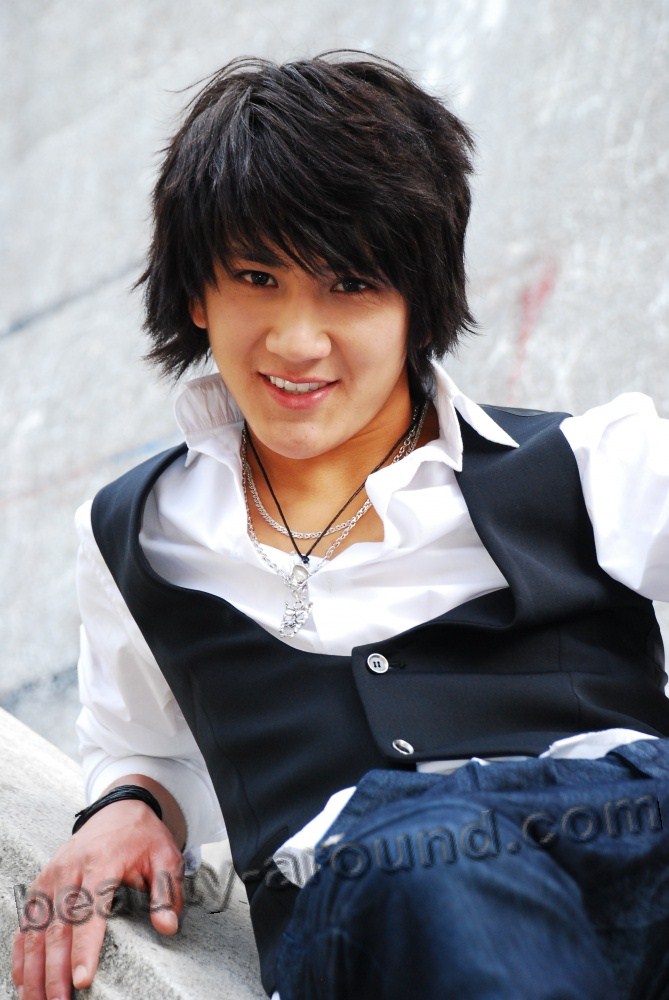 7. Joomart Toktosunov is a Malaysian male model of Kyrgyz origin. 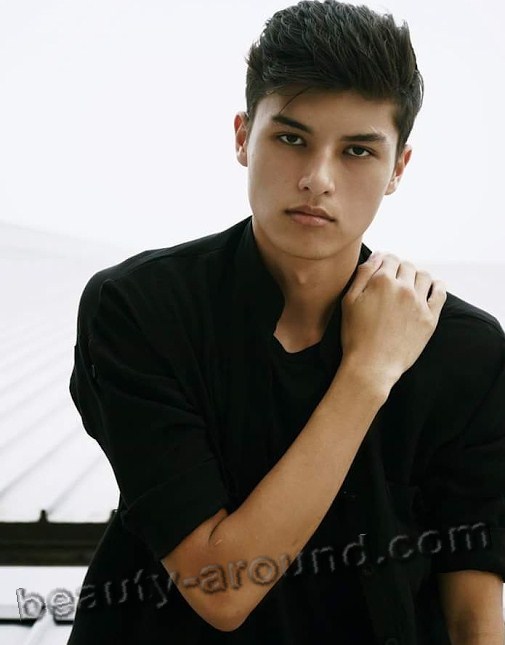 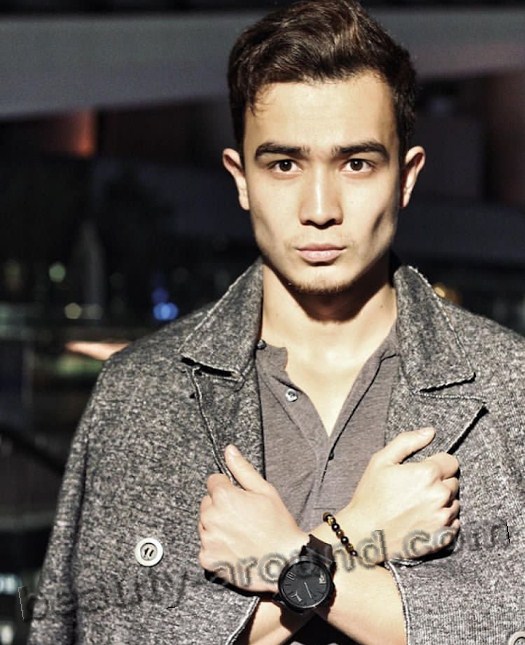 5. Sanjar Chunuev is a Kyrgyz model, the winner of the beauty contest "Mister International Kyrgyzstan 2016". 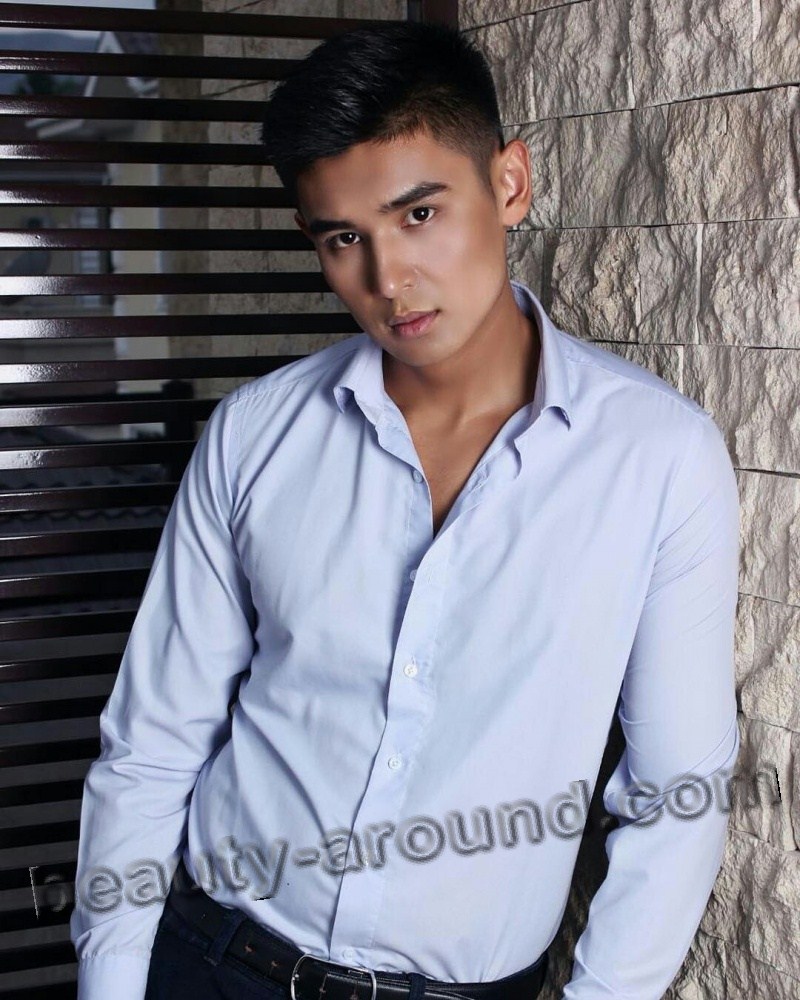 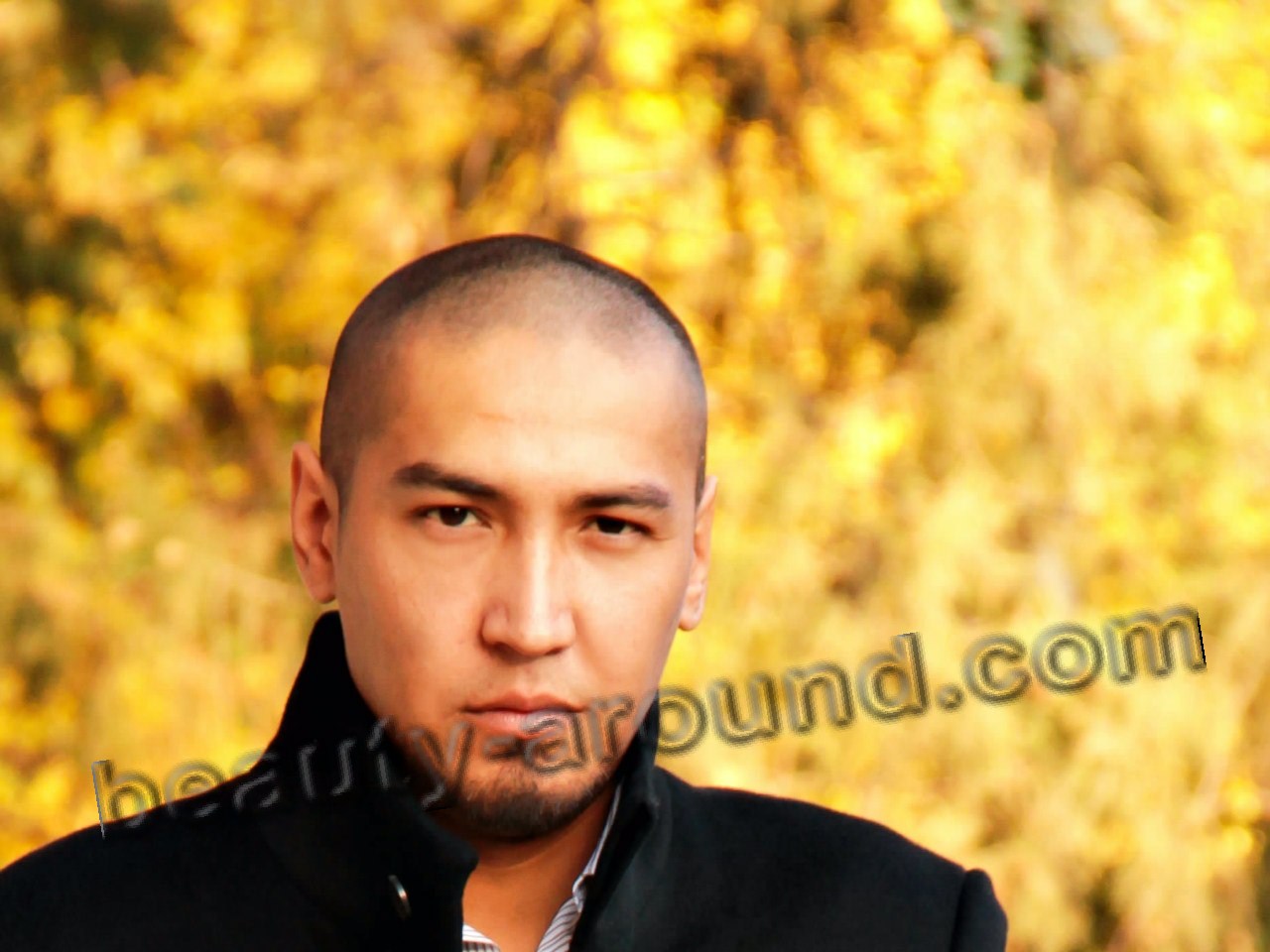 3. Talgat Matisakov is a Kyrgyz singer. 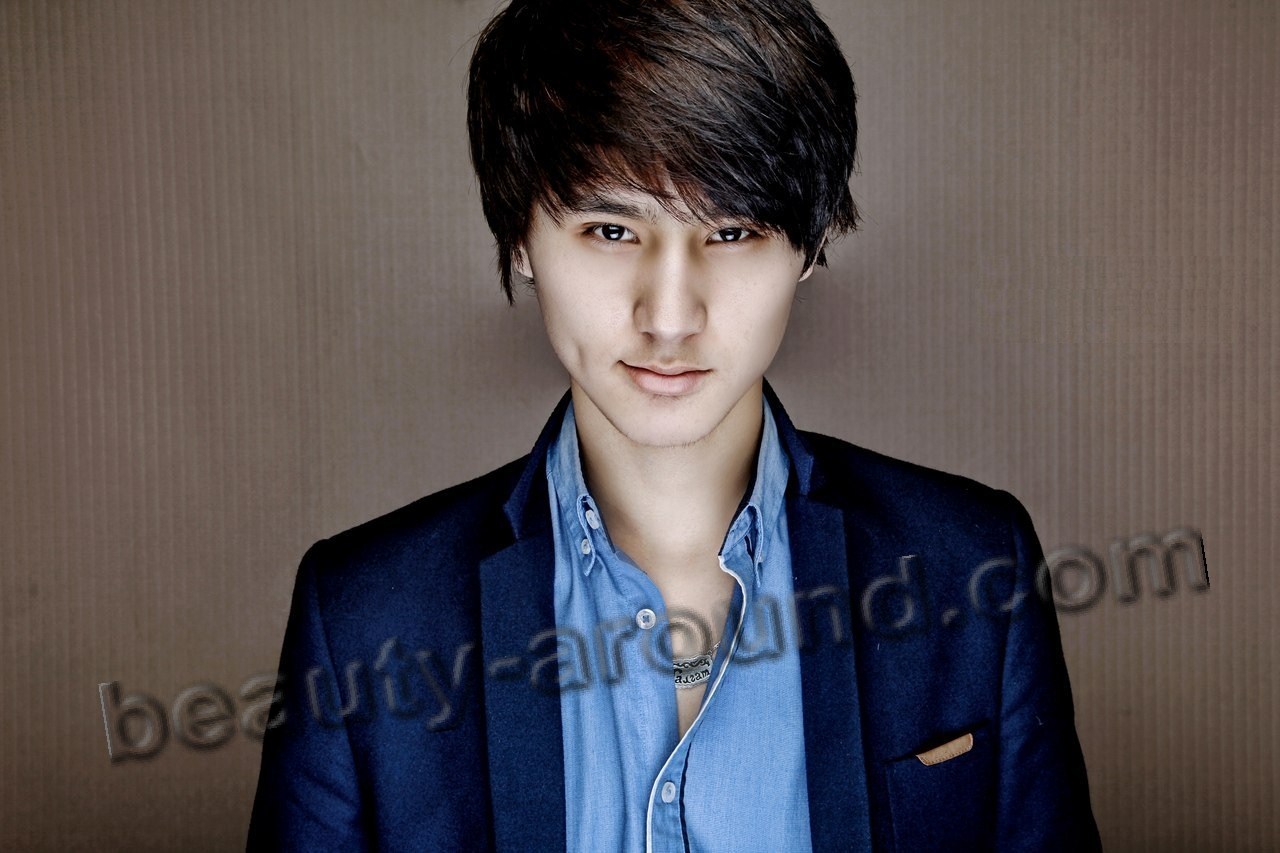 2. Bekzat Pirmatov is a Kyrgyz actor and producer. Created Toptash Studio, which is engaged in filming movies and music videos. 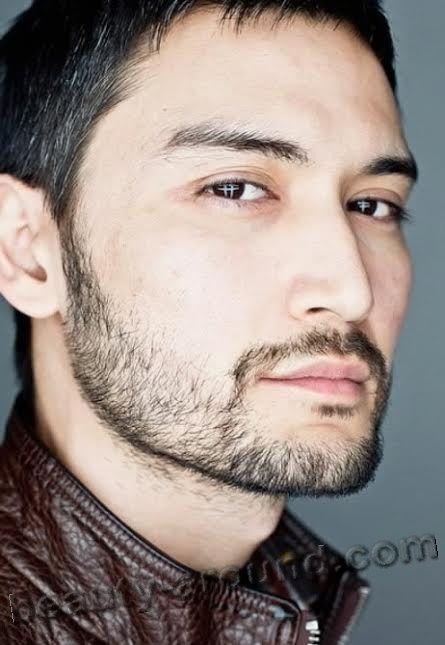 1. Ruslan Botobaev is a Kyrgyz actor, singer and male model. 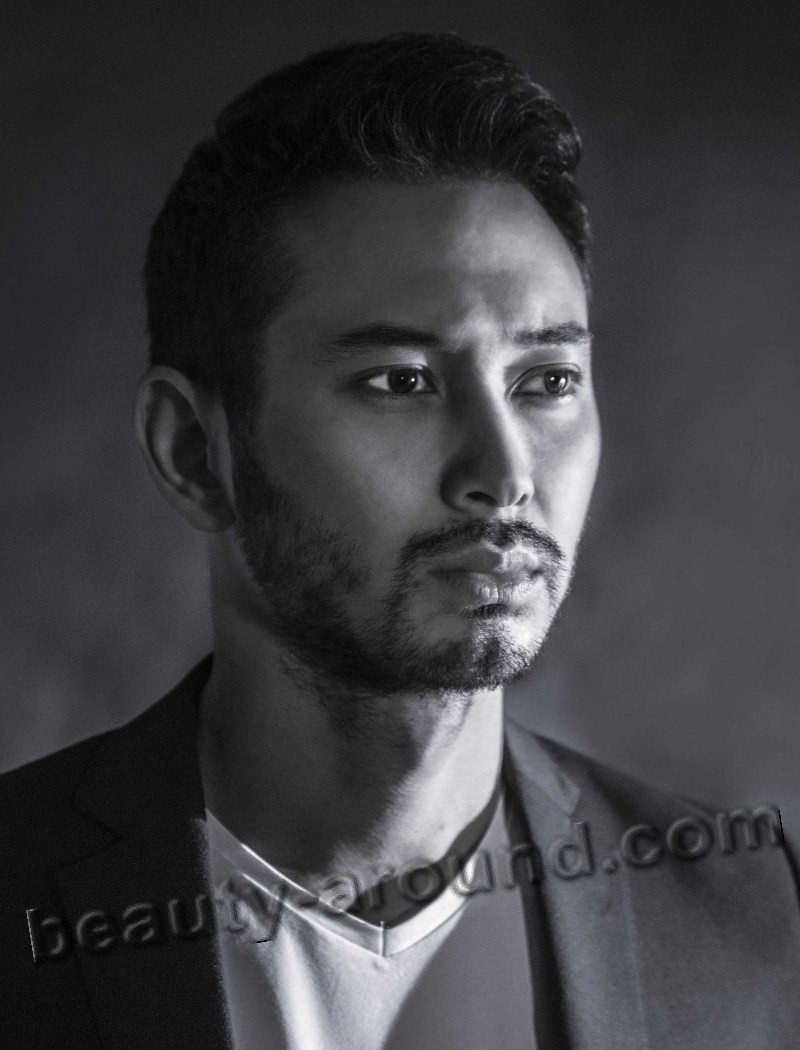